Do you think you have a kingdom heart? When Jesus began preaching, he said, “The time is fulfilled, and the kingdom of God is at hand. Repent and believe the gospel” (Mark 1:15). Shortly before Jesus went to the cross, he said, “And this gospel of the kingdom will be preached in all the world as a witness to all the nations, and then the end will come” (Matthew 24:14). Speaking to the Colossian church, the apostle Paul wrote, “He has delivered us from the power of darkness and conveyed us into the kingdom of the Son of His love” (Colossians 1:13). And to church at Ephesus Paul wrote, “Now, therefore, you are no longer strangers and foreigners, but fellow citizens with the saints and members of the household of God” (Ephesians 2:19).

There are three important things to notice about those verses. First, the gospel is directly connected to END_OF_DOCUMENT_TOKEN_TO_BE_REPLACED

I was reading the news this morning and saw where Kanye West and Kim Kardashian came to faith in Christ. Praise the Lord! It was not too long ago where their names were synonymous with all that is fake and superficial in the world. Now, they are children of the King and members of His kingdom. Besides their conversion, something that stood out in the article is that Kanye West is turning from his rap music to gospel music. He has not been saved a year and he has already produced an album praising Jesus. The title of the album is “Jesus is King.” When he announced the record he said, END_OF_DOCUMENT_TOKEN_TO_BE_REPLACED 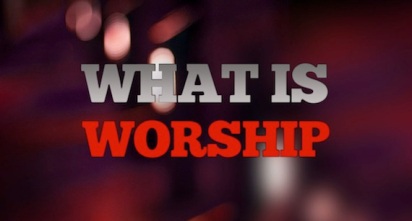 God created people for worship. Worship was built into our DNA. When we are saved by Christ that purpose is restored. In the heart of every saved person should be an intense desire to want to worship. As such, the church is first and foremost a worshiping community. Every church should have a vibrant worship that defines who it is. That vibrancy is a result of individual believers whose heart’s desire is to come together as a body to lift up the name of Christ. I think that a good metric of health for any church beings with its worship. Everything else the church does flows from that point. It’s the epicenter of the church’s life and it is the best indicator of church health.

However, when the worship of a church begins to fade, then soon will every other ministry END_OF_DOCUMENT_TOKEN_TO_BE_REPLACED

What is education and what is its end goal? Throughout the centuries different cultures gave different answers. However, there is one culture that has been the repository of divine revelation. The Hebrew people were chosen by God and given the oracles of God that were meant to be a light to all nations (Gen. 12:1-3; Isa. 49:6). Unfortunately, the light God gave through his Word has not been embraced as God intended – even to this day God’s people struggle to teach their children in a way that results in a life-long commitment to God. The result is that people sit in darkness (Isa. 9:2). For that darkness to be dispelled a people must come to know the God of Abraham, Isaac, and Jacob. Ultimately, the light of God came to full expression in Jesus of Nazareth, who is the Christ – the promised Messiah. However, early in their history God revealed how a people (and individuals) come to know him. God gave a command, known as the Shema, that became central to the Hebrew identity. This paper will argue that END_OF_DOCUMENT_TOKEN_TO_BE_REPLACED 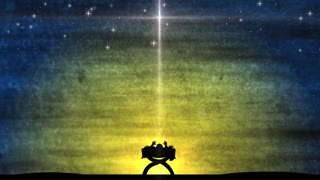 Christmas morning. What a glorious day. Not literally, its cloudy and overcast. But spiritually it’s a day of rejoicing. Before the first Christmas the world was without hope. Sin reigned unchecked in the lives of all people, enslaving them into perpetual sorrow and eternal ruin. Death loomed over mankind without mercy, taking whom he willed when he willed. Before Christmas the grave opened its jaws with a fervent greed, believing that every soul consumed was forever lost. Darkness and evil rode upon the clouds causing the winds of despair to prevail in the hearts of men.

But then it happened. END_OF_DOCUMENT_TOKEN_TO_BE_REPLACED 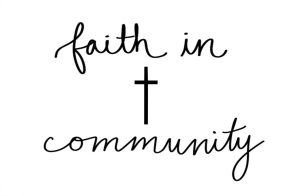 Several years ago, there was a show on the TLC channel that followed the life of, what on the surface, seemed to be two ordinary parents. If you met them for the first time you would see a couple in their forties who had a toddler for a child. Nothing looked out of place. However, upon closer inspection what was seen was two very frustrated parents who have been parents of a toddler for eighteen years. Their daughter had a very rare condition where her physical development simply stopped at eighteen months old. Even though she was eighteen, she looked like, acted like, and thought like a child of one-year and six months old. There was no hope that their daughter would ever grow up.

There are many churches who have people that look perfectly normal. However, END_OF_DOCUMENT_TOKEN_TO_BE_REPLACED

Everything rises or falls on leadership, so the old adage goes. But, unlike the world, where leadership is grounded on things like confidence in self, emotional intelligence, and excellent communication skills, biblical leadership is grounded in one’s ability to die to self. The fundamental difference between the world’s view of leadership and the biblical model of leadership is best seen in the contrast between the leaders of the world and Christ. Unexpectedly, Christ’s greatest act of leadership was seen when he willingly died on a cross for those who would follow him. Many have died for the leaders of the world and for their vision of life; but Christ came to die so he could, in fact, deliver an abundant life – and only his vision of life will become an eternal reality.

However, this act of sacrifice did not begin at the cross, but began much earlier when, as the Second Person of the Trinity, Christ disrobed himself of his glory in heaven and took on human flesh to become a man. Over the centuries there has been no small amount of ink spilled in an attempt to explain this divine act. Today scholars discuss the Kenotic Theory of Christ. Kenosis is a Greek word that means “an emptying.” The word comes from the book of Philippians, 2:7. The text reads,

Have this mind among yourselves, which is yours in Christ Jesus, who, though he was in the form of God, did not count equality with God a thing to be grasped, but emptied himself, by taking the form of a servant, being born in the likeness of men (Phil. 2:5-7 ESV). 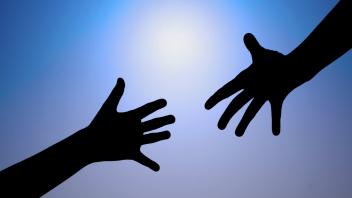 I had an eye-opening experience last week. I was driving to Shaw AFB where I serve. The weather turned bad and the rain came down in sheets. As I approached the base there was flooding on the roads and surrounding areas. When I finally arrived at the front the gate, I handed my ID card to the MP and said, “I heard there was an ark here.” He looked up from my ID, squinted his eyes and shook his head indicating he didn’t understand the reference. So, I said, “Noah’s ark?” He looked at me with the same lack of recognition. I finally said, “Flood, big boat, saved people?” There were cars behind me. The MP still didn’t understand the reference. He shook his head and said with a nervous laugh, “I don’t know.” He handed back my ID, saluted, and said “Have a good night sir” as he looked to the car behind me.

As I made my way to lodging I was a bit stunned. This was a young man in his early twenties and had no clue about Noah’s Ark. Given the weather I expected a short laugh at a corny joke. Instead I got an embarrassed “I haven’t a clue about what you’re talking about.”

I have been a pastor for almost seventeen years. It is so easy to become insulated from the outside world. And to remind me of that reality END_OF_DOCUMENT_TOKEN_TO_BE_REPLACED 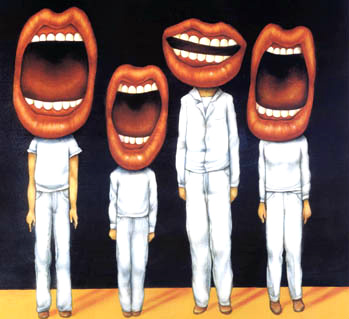 In the book of Zachariah, there is a tragic event that takes place. Sometime after the captives have returned home from their seventy-year exile, a group of men inquire of the priests and ask this question: “Should we mourn and fast in the fifth month as we have done these many years?” Apparently, the people fasted and prayed during this period while they were exiled in Babylon. On the surface both the fasting and the question seem legit. After all, they were in exile being punished for their sin. Responding with prayer and fasting seems the appropriate thing to do.

However, God’s response to the question reveals a startling fact of the human heart (both theirs and ours). God responds to the question with these penetrating words, END_OF_DOCUMENT_TOKEN_TO_BE_REPLACED

There are many things that can be said about these verses, but I want to point out one area that we sometimes overlook. These verses, in a roundabout way, speak to the reality of God’s grace sinners receive when they come to Christ. We are not to stand in judgment of others lest we forget that we too are sinners who are guilty of sin. To not judge others does not mean we suspend our powers of spiritual discernment or ignore sin, but it does mean we recognize we are no better than others. Only a hypocrite can pass judgment on another without END_OF_DOCUMENT_TOKEN_TO_BE_REPLACED