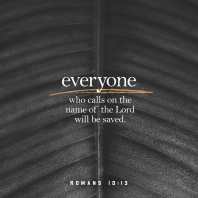 We were walking through Calcutta when we saw the temple for Kali. Curious, we walked to the gate and looked inside. A Hindu priest was holding a goat in one hand and holding up a knife in the other. To our surprise, he suddenly sacrificed the animal. He then dragged the goat through the temple to the Kali idol. As he did, the Kali devotees frantically took the blood from the animal and put it on the idol. Our interpreter told us they did this because they believed they could be forgiven of their sins through this ritual. Our hearts were heavy as we watched.

In every culture there is a religious system that seeks to address a universal human need. People intuitively know that we are all sinners (Rom 3:10-18). Every religious system seeks to answer the need. Unfortunately, there is no religious system devised by man that can atone for our sins. In Romans 3:23 Paul wrote, “For all have sinned and fallen short of the glory of God.” And in Romans 6:23, Paul said, “For the wages of sin of death….” The need is real but only God can provide the solution.

Unfortunately, despite that reality, people seek to atone for their own sins. In our text Paul is appealing to his Jewish countrymen to trust in the finished work of the cross for their salvation. Addressing them he writes, “For they being ignorant of God’s righteousness, and seeking to establish their own righteousness, have not submitted to the righteousness of God” (Rom. 10:3).

Centuries before, God gave the Jewish people the law. The law is good and works to teach us about the righteousness God desires from his people. However, it was never meant to be a tool that enables people to earn their own righteousness. It was given to reveal the reality that we don’t have any righteousness within us by which we can appeal to God for salvation. In that regard, its main purpose is to reveal our sin so we will turn to God for salvation (Rom. 3:19-20).

Instead of earning our own righteousness, Paul is teaching that we receive the righteousness God requires through faith in Jesus. Jesus earned the righteousness we need to be accepted by the Father. Every person can receive this righteousness. They need only to recognize that Jesus paid the penalty for our sin and rose again on the third day. In Roman 6:23 Paul called this a gift: “For the wages of sin is death, but the free gift of God is eternal life in Christ Jesus our Lord.”

To receive this precious gift, and therefore to be saved, one need only to call out to Jesus. Paul wrote, “That if you confess with your mouth the Lord Jesus and believe in your heart that God has raised Him from the dead, you will be saved. For with the heart one believes unto righteousness, and with the mouth confession is made unto salvation. … For ‘whoever calls on the name of the LORD shall be saved’” (Rom. 10:9-10, 13).

A lifetime of religious rituals cannot atone for our sins. A person trusting in their religion, no matter how sincere, will be just as guilty of their sins at the end of their life as they were when they began their religious practices. But a moment of prayer, calling to Jesus, trusting in His gift of righteousness, can and will transform a person from an object of wrath to a child of God.

Have you received this gift yet?

This site uses Akismet to reduce spam. Learn how your comment data is processed.